The child’s imagination is a beautiful thing.

A few days ago, I was able to witness spontaneous creativity at its best. A few friends chose quiet rug works while the rest of the children were sleeping (hence the dark lighting in the photos below). They chose familiar works that had been practiced so many times before.

The first chose to work with the brown stairs. She fashioned the prisms in a way to imitate an art easel. She took the smallest prism and used it as a “paint brush”. The largest, as her canvas. I have to point out the satisfied look of achievement when she finished her masterpiece, and sat back to observe.

The other child I observed chose the knobless cylinders as her work this afternoon. I’ve seen her manipulate this work in many different ways, mastering all of its variations. I believe in this particular set of photos, she was pretending the cylinders were little people. The boxes represented their house. She showed such great concentration and enjoyment as she worked. 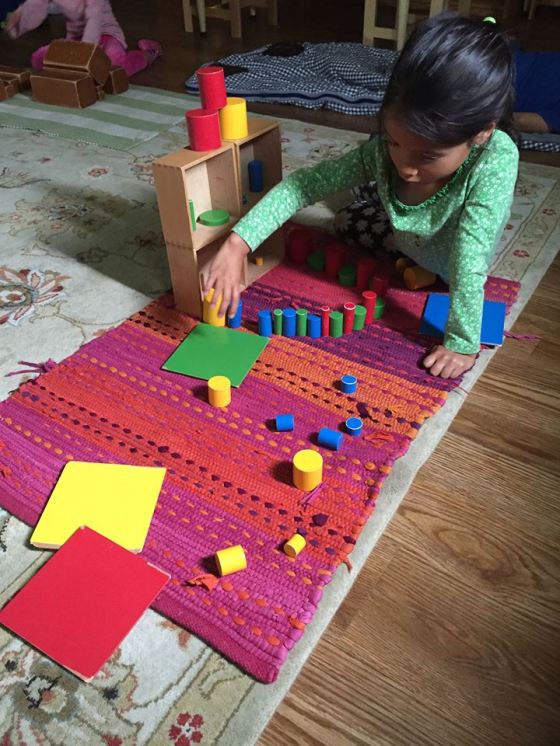 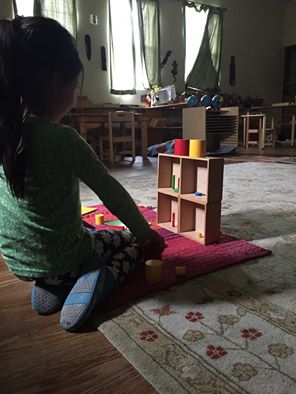 Our older 5 and 6 year olds enjoy working with familiar works…as if they’re revisiting something known rather than discovering something unknown. To witness such pure joy and satisfaction is truly amazing. When you let a child’s creativity flourish, letting their imagination lead the way, the end result is very rewarding.

A photo posted by Healthy Beginnings Montessori (@healthy_beginnings_montessori) on Jan 19, 2016 at 12:55pm PST