“No one could have foreseen that children had concealed within themselves a vital secret capable of lifting the veil that covered the human soul, that they carried within themselves something which, if discovered, would help adults to solve their own individual and social problems.”  — Dr. Maria Montessori

Did you know that children at Montessori schools regularly out-perform those who graduate from traditional schools? And that some of the leading innovators in the world, including Google’s Larry Page and Sergey Brin, Amazon’s Jeff Bezos and Wikipedia’s Jimmy Wales credit their ability to think differently to their Montessori educations?

Founded in 1897 by Italian educator and physician Dr. Maria Montessori, the Montessori approach challenged predominant educational theories by giving children the freedom to grow, learn and contribute in the classroom.

Interestingly, although Dr. Montessori’s methodologies were developed for children and education, her philosophy was based on the science of life. So it makes sense that studies challenging the paradigm of ‘management’ today would echo several Montessori principles. The studies show striking parallels between the nature of children and adults, the environments needed to unleash potential in the classroom and the workspace and the role of teachers and leaders. END_OF_DOCUMENT_TOKEN_TO_BE_REPLACED

“Teaching children about the natural world should be seen as one of the most important events in their lives.” – Thomas Berry
We kicked off summer camp with an exciting and hands-on gardening theme, which of course, went successfully!
Over the past few weeks, we have been studying gardening. Our Apple classroom conducted a lima bean experiment to see how the bean sprouts and grows. Try it at home to see how big your bean will sprout! 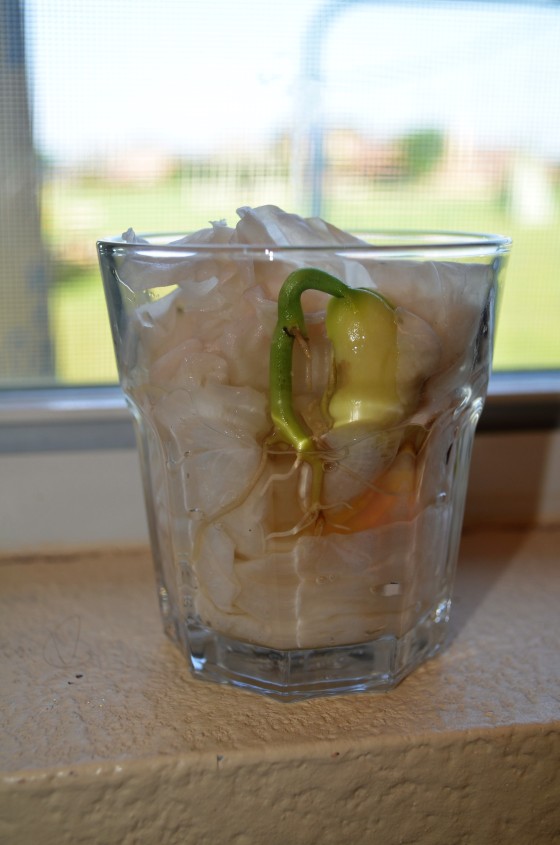 We also pin-pricked various flower patterns, placing them on our wall-garden.

We’ve also been participating in plenty of garden care through watering the soil and harvesting the fresh vegetables and herbs. 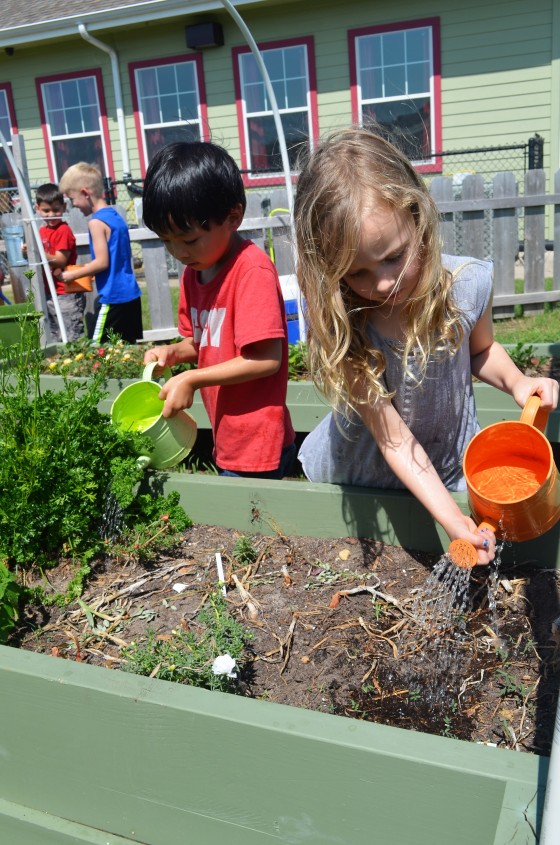 Our students officially have green thumbs!
Next week’s summer camp theme “United States of America”, is sure to be just as exciting!
Happy Gardening!

When Harvard University’s Making Caring Common Project released their report, “The Children We Mean to Raise: The Real Messages Adults Are Sending About Values,” many parents and educators — myself included — were surprised to learn that despite all our talk about instilling character and empathy, kids may value academic achievement and individual happiness over caring for others. In the report, the authors explained that the children’s values reflected what they believe adults value.

In the wake of these dispiriting study results, the Making Caring Common Project and the Ashoka Empathy Initiative created a set of recommendations for teaching empathy to children.

Empathy goes beyond being able to see another person’s point of view, Rick Weissbourd, the co-director of the Making Caring Common Project, explained in an email. He points out that sales people, politicians, actors and marketers are able to do this kind of “perspective-taking” in pursuit of their professional goals. Con men and torturers use this ability to manipulate their victims for personal gain. In order to be truly empathetic, children need to learn more than simple perspective-taking; they need to know how to value, respect and understand another person’s views, even when they don’t agree with them. Empathy, Mr. Weissbourd argues, is a function of both compassion and of seeing from another person’s perspective, and is the key to preventing bullying and other forms of cruelty. END_OF_DOCUMENT_TOKEN_TO_BE_REPLACED